It’s my honor to write you the annual report this year . Please allow me to introduce myself at first. My name is Zou Ying, and I’m the new translator of SOS Children’s Village Chengdu China. During the past two years, Mr. Xia Linhua was concurrently re sponsible for the sponsorship job when the former translator was gone and he did a really wonderful job. I’m so grateful for his devotion and from now on, I will take over the job and do my best for it. Though it is late autumn now and the day becomes chilly and windy, we are still having a day or two of su nshine in a week. This is pretty consistent with Germany Chengdu’s reputation famous as „Land of Abundance“, which means a place blessed by the nature with superior conditions such as fine weather, various plants and animals and so on. The season also gives the village a new look. Every early morning, all paths will be covered with yellow fallen leaves, as if a golden blanket is paved on them, giving us a different but beautiful eye feast. 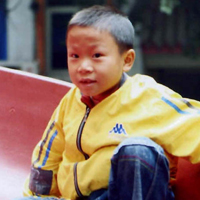